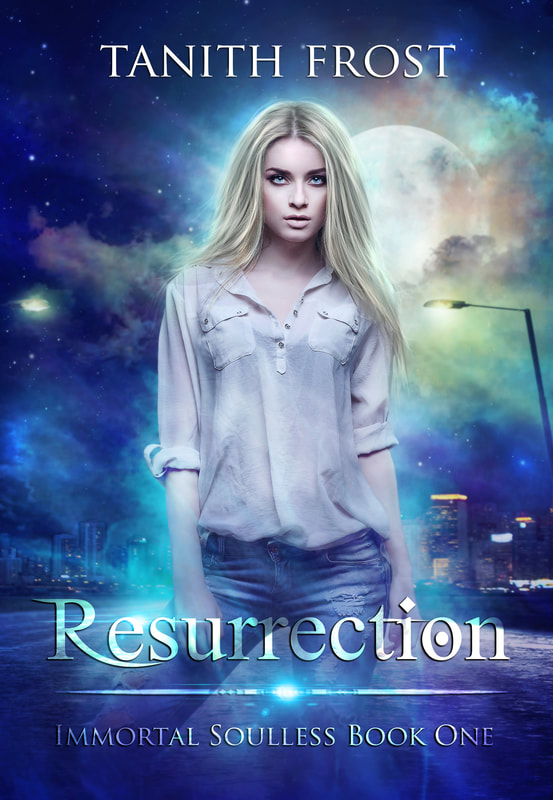 ​Her gifts will be her salvation… or her downfall.

No one gave Aviva a choice about becoming a monster. Since the night of her murder she’s been forced to accept a new reality—burned by sunlight, dependent on the blood of the living, searching for her place in a dark world she didn't believe existed until she awoke as a vampire.

She’s still struggling to accept her fate and master her dark powers when the news arrives: rogue vampires are torturing and killing human residents of the city, threatening the secrecy and uneasy peace of the supernatural world.

As the hunt begins, Aviva’s deliciously distracting trainer, Daniel, helps her seek out her unique strengths. The gifts she discovers are shameful in the eyes of vampire society—and they may be the only thing standing between a pack of ruthless paranormal killers and the unsuspecting humans they prey on.
Available now via Amazon, Nook, iBooks, Kobo, and other fine retailers

Pushing papers at a werewolf sanctuary is the least appealing assignment Aviva could have wished for. It’s the bottom rung of the career ladder for a vampire, a job that will leave her isolated from most of her kind as she watches over members of a species whose very existence threatens the secrecy of the supernatural world. Her only consolation is the promise of peace, quiet, and a chance to impress the elders over the course of an easy assignment. After all, the werewolves may be troublesome, but they’ve kept their own secrets for a century.

But the situation at the sanctuary is not what she expected, and Aviva’s hopes of easy success are quickly dashed. Age-old tensions between vampires and werewolves come to a head when a human in a nearby village is found brutally murdered and suspicion lands squarely on the sanctuary’s supernatural inhabitants.

When the pack leaders refuse to turn the killer in to face justice, Aviva knows her elders will do anything to keep their world safe from humans, even if it means wiping out the werewolves for good. With the help of a mistrustful female and a relentlessly tempting alpha male, it will be up to Aviva to overcome the instinctive hatred between their species and catch a murderer before the human world takes notice—and before the sanctuary turns into a battleground.
AVAILABLE NOW 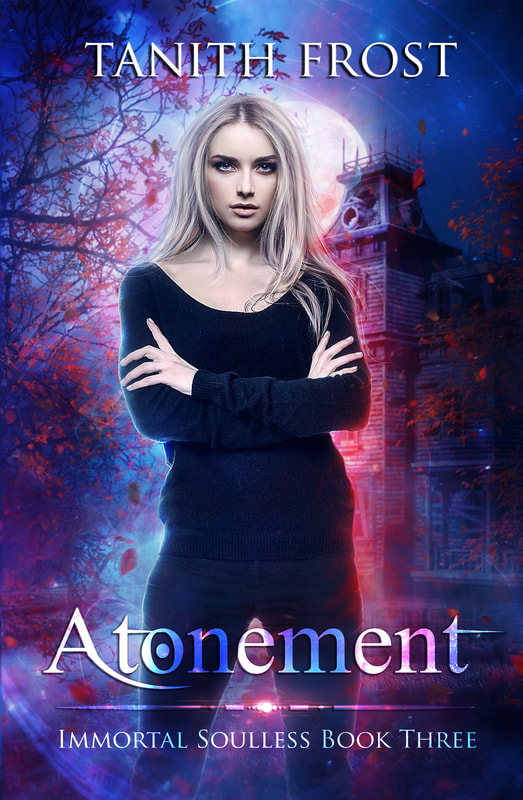 Among the dregs of vampire society, there’s no safety in numbers.

It’s been a year since the vampires of Maelstrom threw Aviva to the wolves. When her next assignment arrives, it’s clear that her elders haven’t forgiven her past sins. She’s to take a position watching over the clan’s weakest members: the old vampires who can’t be trusted to keep the supernatural world’s secrets. Locked away in a crumbling home by the ocean, they exist in isolation, nearly forgotten by the world. It’s a boring job, an assignment more insulting than her placement with the werewolves, and a terrifying warning of where she could end up if she doesn’t change her ways.

Aviva is determined to keep her head down, prove herself, and atone for her mistakes. But when a group of vampire hunters calling themselves the Blood Defenders attacks the home, Aviva has no choice but to step into her role as guardian and hit the road with a group of misfit vampires who are as much a danger to the world as they are to themselves.

When the Blood Defenders shatter the heart of Maelstrom’s power and leave them with nowhere to run, Aviva and her band of monsters have no choice but to stand and fight to save a world that despises them.
​AVAILABLE NOW 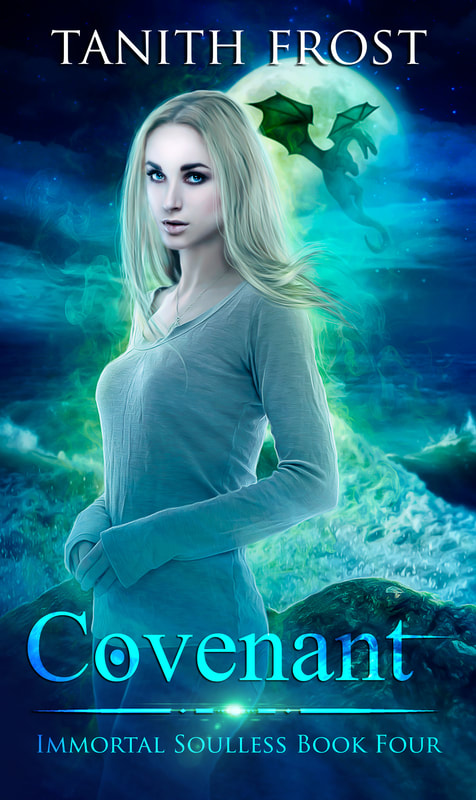 Tame the dragon. Close the rift. Don’t trust anyone.

Aviva’s new assignment sounds like something out of a fairy tale, except this time the damsel has been tasked with guarding the dragon. Though he’s plenty to deal with all on his own, it soon becomes clear that this monster trapped in human form is the least of her worries. The open rift that brought him to Earth threatens the veil of secrecy protecting the supernatural world, and the vampires of Maelstrom need to find it before they’re exposed. Worse, it seems that they may not be the only ones hunting for it. If the strange power that flows through the rift falls into the wrong hands, it could spell disaster for Aviva and everyone she cares about.

With only a shifty dragon-man and an inexperienced enchantress by her side, Aviva races to find the rift before the enemy does—a task that only grows more challenging when she uncovers a trail of deception and lies that leads straight to the highest ranks of her clan. 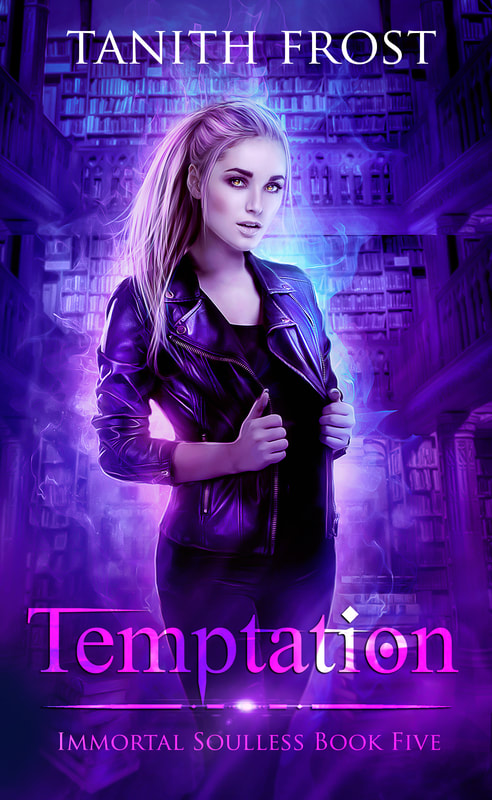 Things have been far too quiet since Aviva foiled Viktor’s plans to rise to power as high elder of Maelstrom. She’s certain he won’t give up so easily, but has no proof, no connections, and no hope of survival if she dares to stir up trouble again.

Aviva’s temporary peace is destroyed when an unfamiliar vampire attempts to assassinate her. She suspects Viktor is behind it, but there’s no help for her among the clan’s higher-ups; Miranda can’t afford to get her hands dirty when Aviva herself is being investigated for murder. As the situation spirals out of control Aviva instead seeks help from a strange group of vampires who exist at the very edges of clan society.

It’s hard to know whether she can trust them, and harder still to know what to make of the powerful being she meets among them who claims to be an angel—or possibly a demon. Aviva will have to choose her allies wisely if she wants to save herself and her clan from an enemy that’s larger and more dangerous than she ever imagined.

Convicted of treason and sentenced to oblivion, Aviva finds herself hunted by the vampires of her own clan. But she’s convinced that Tempest won’t give up on their plot to bring Maelstrom to its knees, and would sooner be damned than stand by and watch as her home is destroyed—even if nearly everyone there has turned their backs on her.

Alone and unprepared, Aviva heads to Tempest’s territory intent on gathering information on their plans, proving her loyalty to Maelstrom, and maybe saving the love of her afterlife in the process. She expects pain, challenges, and simple, brutal cruelty. What she finds instead is a fascinating, isolated kingdom where allies are enemies, wrong is right, and lies are truth.

It’s only by embracing Tempest’s pure darkness that Aviva stands any chance of surviving. But if she loses herself in this seductive world of pleasure and power, what chance does she have of finding her way back again? 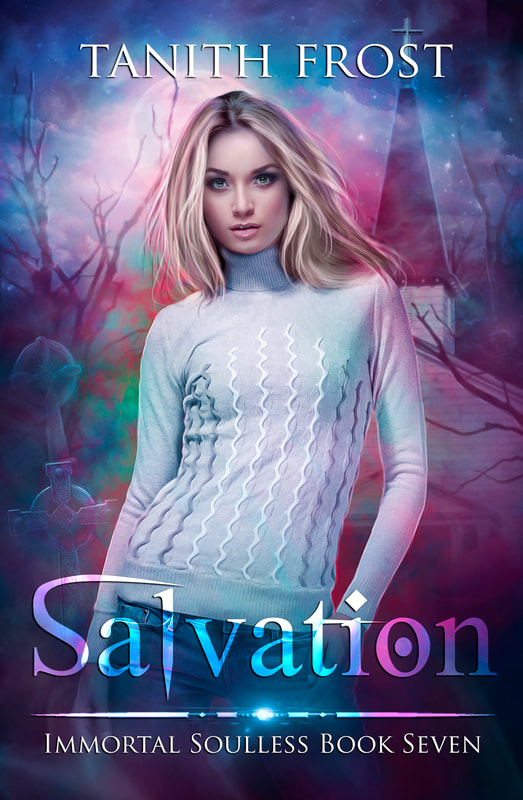 Aviva had hoped her return to Maelstrom would follow the downfall of her enemies, proving her worth and setting the stage for a time of peace—or what passes for peace in the blood-soaked world of vampires. Instead she finds herself the bearer of more questions than answers and bringing news of a coming invasion.

She has her power, her gifts, and a few remaining allies, but with Maelstrom tearing itself apart from within and an enemy who always seems to be two steps ahead, what chance does Aviva have of saving the world from the darkness that threatens to overtake it?